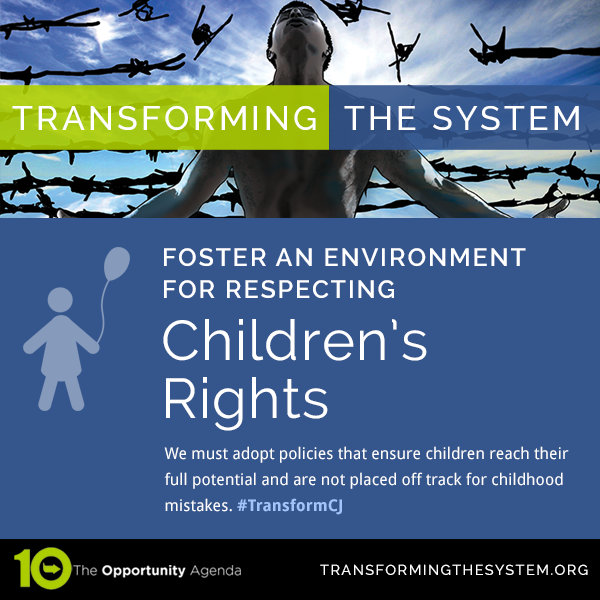 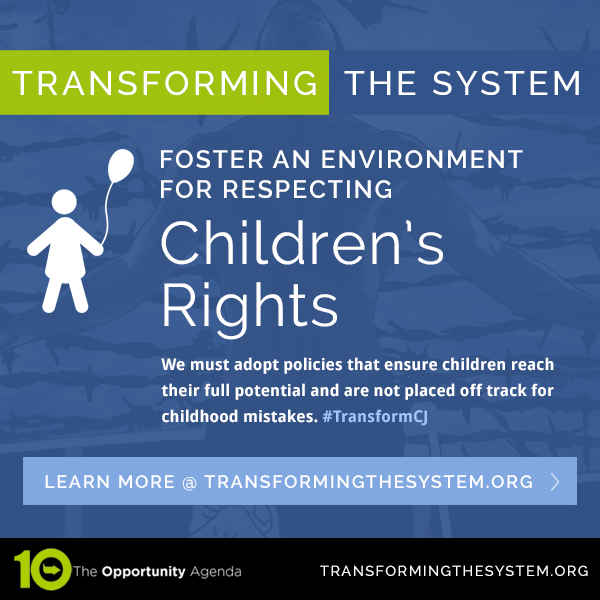 Preventing the overcriminalization of schoolchildren

The tendency for overcriminalization has entered into schools. Many schoolchildren have been funneled into the criminal justice system due to overly punitive school disciplinary approaches and zero tolerance policies. There has been a trend of criminalizing schoolchildren for minor acts of misconduct. For example, a Florida 5-year-old was handcuffed and charged with battery on a police in 2012, while a San Mateo 7-year-old special education student was sprayed with pepper spray for climbing on furniture while at school in 2011. New York City, Houston, and Miami all employ more school police officers than they do school counselors. Many advocates have been working against this trend, which has been described as the school-to-prison pipeline.

There should be a concerted effort to replace these policies, which inappropriately channel large numbers of young people into the criminal justice system. The substantial investment in school policing should be replaced by culture and discipline strategies, such as restorative justice, that have been proven effective at keeping young people in school and keeping schools safe as well as an increase in social services, school counselors, and school activities that enrich the academic environment in our nation’s schools.

The Department of Justice should:

Local government and school administrations should require the following: