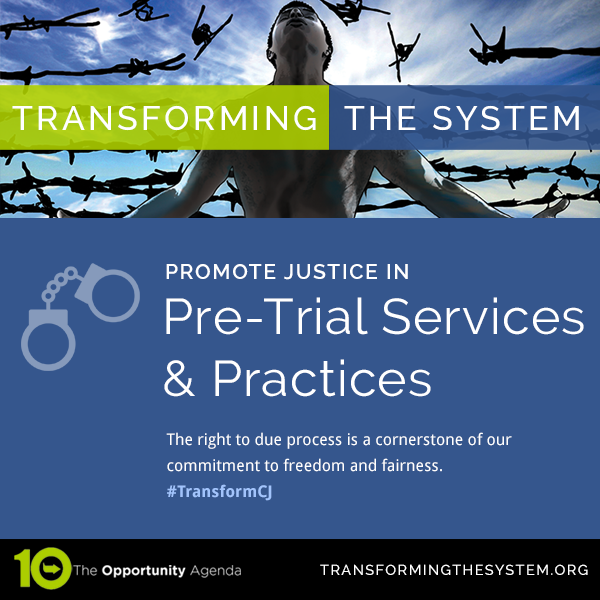 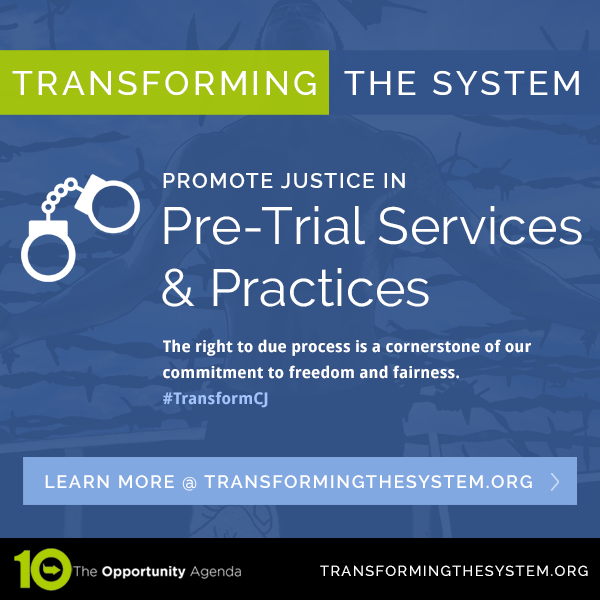 A fair trial is premised on the guarantee of access to the courts and the right to a fair hearing. Studies show that pre-trial detention has a profound impact on whether an accused will be convicted of a crime. This is especially the case for indigent accused persons. Pre-trial detention has collateral consequences on those being detained before trial or even before a first appearance. Every year, of the nearly 12 million people booked into jails, mostly for misdemeanors, more than 60 percent are not convicted, and remain largely because they can’t afford to post even small money bond amounts. Even three days in jail can have serious collateral consequences, putting stress on “fundamentals like jobs, housing, and family connections.”

Prosecutors frequently use pre-trial detention to coerce plea agreements from indigent defendants, and research shows that accused persons who are detained pre-trial are exponentially more likely to be convicted of a crime. Eager to leave detention, incarcerated people are often reluctant to wait for trial to prove their innocence. They accept plea deals that permanently entangle them into the criminal system. The purpose of money bail is limited to assuring the defendant’s presence at future court proceedings, but it often serves to keep those without resources detained indefinitely jeopardizing their jobs, families, and well-being. At the same time, the court’s reliance on money bail allows the highest-risk defendants to go free by posting money bail while keeping low risk defendants incarcerated for an inability to pay. Yet, courts routinely impose money bail without regard to a defendant’s resources, the risk the defendant poses, or possible alternative conditions of release, keeping presumptively innocent people incarcerated, sometimes for years.

To remedy this injustice, local, state, and federal legislatures should pass legislative measures that:

The judiciary and judicial ethics committees and organizations should encourage bail determinations that ensure that individual defendants are not being incarcerated for poverty and are instead being assessed for actual risk.

Judicial ethics committees and organizations should:

Prosecutors and prosecutor organizations should ensure that prosecutors are not employing pre-trial detention as a coercive and potentially unethical trial strategy.

Community members, advocates, and activists should partner with legal aid organizations and other indigent defense organizations to monitor prosecutorial practices and demand that prosecutors who frequently misuse bail to coerce guilty pleas be disciplined for ethics violations.