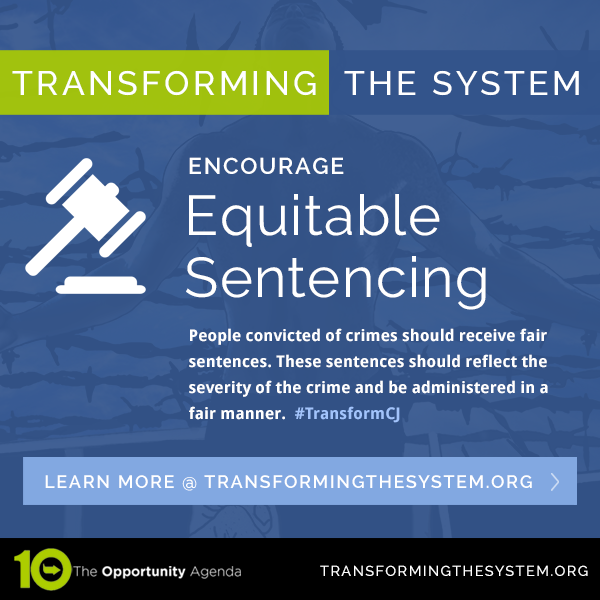 There must be a concerted effort to promote equitable sentencing practices that reflect the severity of crime and ensure that prison is not overused as a punishment. Sentencing laws should ensure that there is individualization, which allows sentences that take into account the circumstances of an offense; humanity that focuses on sentences that respect the dignity of the individual and the impact of sentences on families and communities; parsimony, which allows for sentences that are no more severe than necessary; proportionality, which requires that sentences be proportioned to the severity of the offense; and regularity, which allows sentences be guides by “consistently applied standards or guidelines.”

Congress, and state and local legislatures should:

The United States Sentencing Commission should:

Federal and state judges should: